Dell’s Angels headed out to Switzerland at the start of February for a weeks skiing. The party made up of BuxtonMC members and a few extras headed with The Ski Company to the Hotel Basic in Arosa. 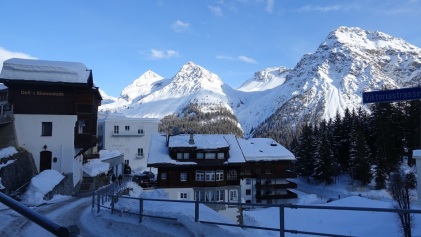 The ski area is made up of 43 lifts and 160km of runs, it is a a snowy paradise for beginner and intermediate skiers but with plenty of off piste potential. The last 3 similar trips had suffered from thin snow conditions but Switzerland had been blessed with good snow early in the season and a big dump a few weeks before we arrived meaning the white stuff was not in short supply.

The skiing was excellent with conditions being well maintained by good piste bashing and cold temps. Weather was changeable but the sun shone when it needed to.  The skiers broke up into small groups and explored the whole area including Adrian tempting Dec into some off piste adventures. 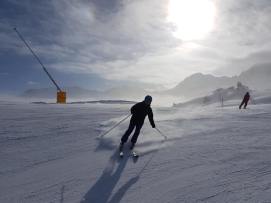 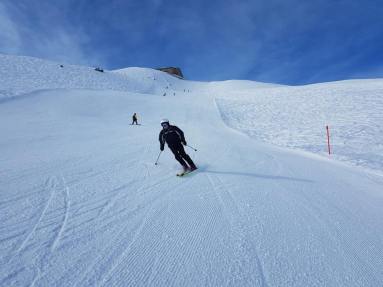 We only had a couple of casualties with Margot hurting her knee skiing on the first day and then Dick falling (on a bus) and hurting his ribs.

Evening were spent on quizzes, drinking and resting our weary bones. A nice social event was expensive Swiss pizza on the last evening 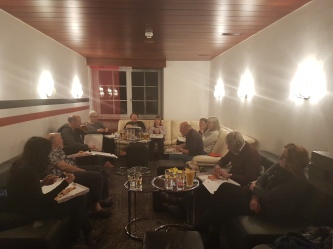 There was a loo with a view

A ski through lean-to on the side of the mountain

And an easier route up Kinder than Grindsbrook 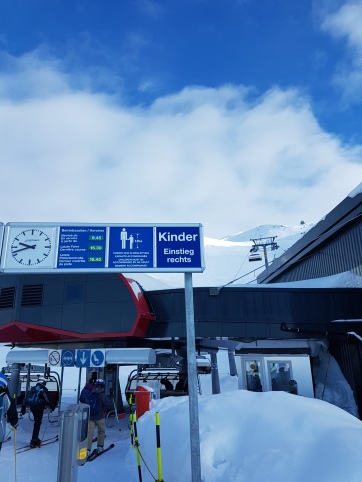